In may 2014 I made interview with Raphael Slawinski. Originally interview was in polish, but I translated this to english. You must be prepared, than in text will be some (MY) translation mistakes :-). Original text you will find here.

Damian Granowski: Date of birth and how long you climb?
Raphael Slawinski: I was born in 1967. I Climb from the early 70's. I can not say exactly since when, I started early.

Best OS in dry-tooling and ice?
In dry-tooling M11 + (Rocky Mountain Horror Picture Show in Cineplex ), but it was in ancient times (2003 ), and even with spurs. In ice I did not know if I've ever done more than WI6 +. The fresh ice on lead is a pretty damn demanding.

Best RP on dry-tooling and ice?
In dry-tooling M12 (Piltdown Man Haffner and Musashi at Cineplex ). For Me does not exist concept of RP on Ice.

Which Ice tools and crampons?
That is changing. Currently Fuel BD and BD Stinger at 80 % of my climbing. 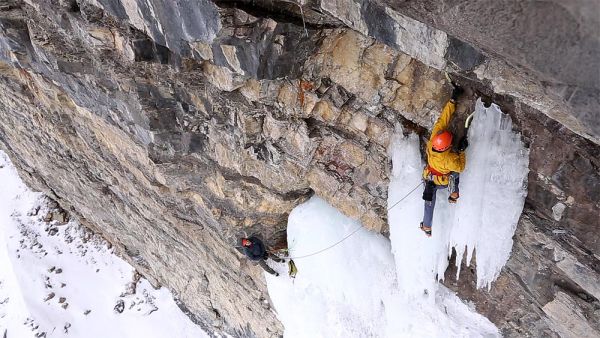 The best place on competitions and climbing meetings?
Three times first place in Ouray in the early 2000s. First place in Festiglace du Quebec. From more than 10 years I do not take part in the competition.

How you start climbing with Ice-tools? First you climbed in summer or winter?
I start from mixed climbing, because the first steps in climbing I done on easy classic ice routes. Then technical climbing in the ice and the rock went together.

Some people climb in winter, because it is for them some alternative from climbing indoors, others just like it. What's your favorite kind of climbing? What keeps you at it?
I like everything. This diversity, from indoor climbing to Karakorum, means that after nearly a quarter of a century continued to climb . But it's true that I like winter: ice, mixt, dry-tooling, skiing, even from time to time winter alpine routes. Which is good, because winter in the Canadian Rockies, where I live, is long. 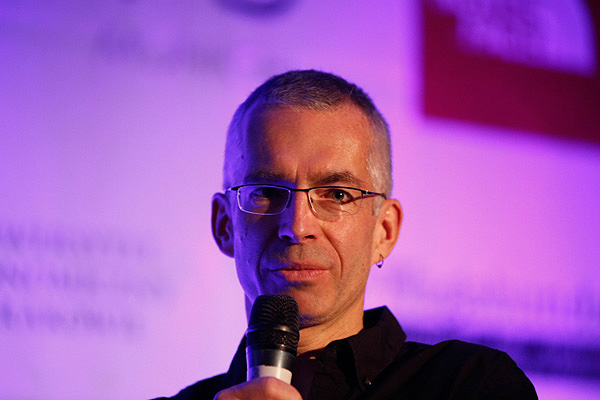 What is most important to you in winter climbing? The desire for adventure, difficulties, winter climate, or perhaps fame and women ;-)?
A bit of all the above. Adventure, winter landscape and hard climbing in such an environment.

Of course, we can not escape from a series of questions like "Most", What is your favorite dry-tooling area? What is it that you want to go back?
For several years we develop a new spot with a friends which we called El Dorado. Nothing special, but it is "my" and I spend a lot of time there. It has two advantages: it is close, so I can jump out there even in the afternoon, and unlike many areas, there are no drilled holes for Ice-tools and crampons. 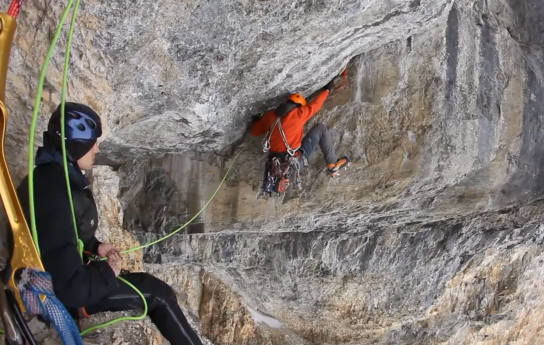 Raphael on crux pith Second Go at The Peach

Apart from the money, which peak you would most go climb? What is it in itself?
Gasherbrum IV. I think one of the most beautiful and difficult mountains in the world.

The most beautiful route which you do? What contributed to the fact that deserves to be called?
It's hard to say, there were so many. From new routes can be DTCB (8 pitches , M7 ) at Mt. Andromeda in the Rocky Mountains. We made route onsight, but almost to the end we were not sure whether be possible.

Climbing equipment is evolving all the time, skills of climbers also grow. How do you think, where will go mixt climbing?
I can not say, not giving up too much in the latest currents. I have the impression that difficult dry-tooling and competitions go more and more of the "real " climbing. There is nothing wrong with that, that is the nature of specialization, but relying on Wojtek Kurtyka, I hope that in the future mixt not be limited only to the numbers. 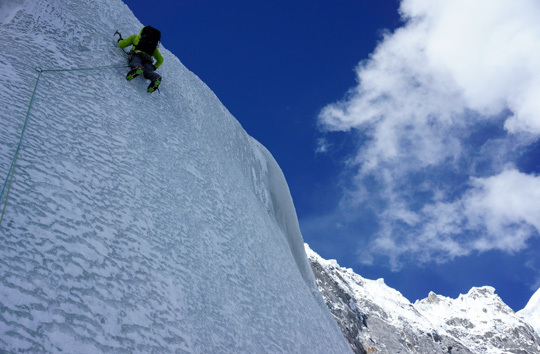 Favorite climbing gear, which would you recommend to anyone?
As one who likes it. As already mentioned, when I not climb in “mixt gardens” I climb on BD Fuel and Stinger. Boots Scarpa Phantom Guide. It is important that the equipment work well in different conditions.

Apparently, outside climbing, there are other hobbies... What do you like doing in your free time, when not climbing? (answer "I read climbing websites" is not correct)
Hmm, I do not have too much time for other interests. Family life, work at the university, climbing and you have already filled time. 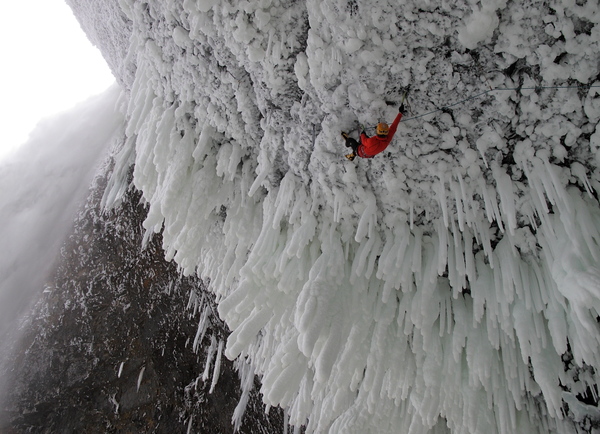 The most difficult mountain route, which you ascent? What factors made ​​up for the difficulties? You encourage, or reborn to repeat it?
Dogleg Couloir, a new route on the north face of Mt. Chephren in the Rocky Mountains. The lower part is not especially difficult, but the upper chimneys offer demanding dry-tooling, pitch after pitch. We had poor conditions, because snow storm caught us, but in better conditions I recommended.

What do you think is the best advice for beginners (and not only) winter climbers?
Be aware of the potential consequences of what you do, but on the other hand, if everything is OK then go for it!

Winter is already coming to an end. You will throw your gear into the closet and get back to the rocks? Or you Can not give up and you'll be somewhere else to look for the rocking?
Less than two weeks I'm heading to Alaska. 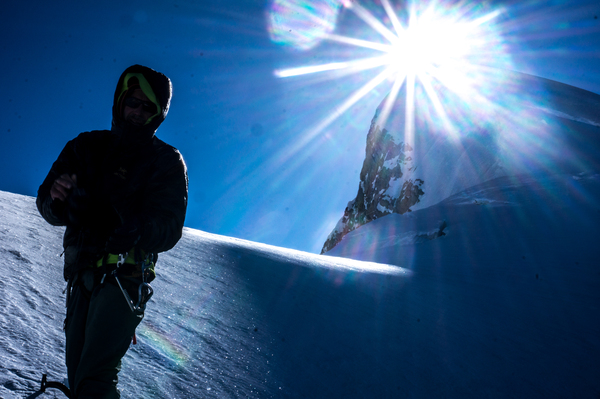