I meet Ramon Marin in Canmore (Canada), where we climb in Cineplex. He do Musashi M12, Steel Koan M13+ and some nice icefalls. Here is interview with this strong guy from Spain (or England). 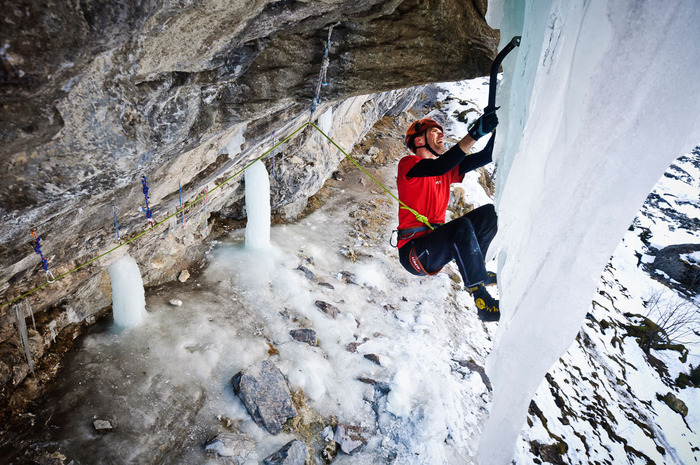 I started in Scotland doing winter climbing, but only for two weekends. But the place where I really started and getting strong was on the chalk cliff of Brighton, onto British South Coast.

I do it mainly because I grew up spending the winter weekends in the mountains with my local ski club. I later became a ski instructor. Since then I spend the winters doing winter stuff, like skiing or ice, and summer doing rock climbing. I do it because it keeps me climbing no matter the season and also because I truly love it, I think it’s really special. 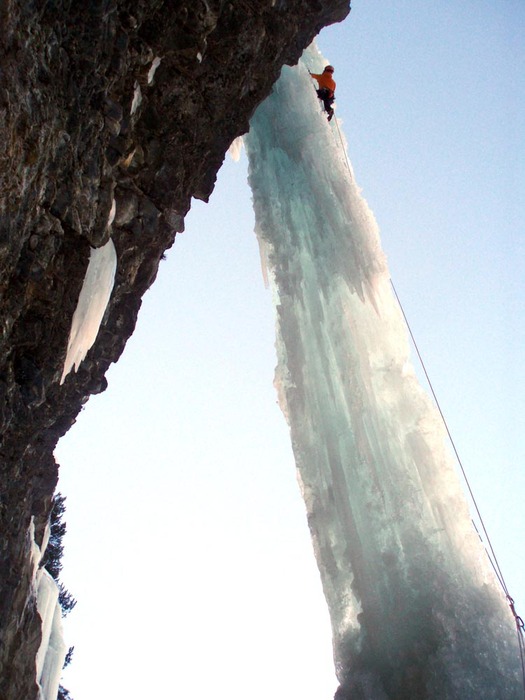 What is most important to you in winter climbing? The desire for adventure, difficulties, winter climate, or perhaps fame and women wink emoticon?

Of course for the fame and the women, what else! No really, I love the adventure factor, the fact that not many people, not even rock climbers, can get do what I do, and go to some pretty wild places. Starting a ice route straight off the black volcanic sand of an Icelandic beach is an experience not many climbers get to see.

Of course, we can not escape from a series of questions like "Most", What is your favourite dry-tooling area? What is it that you want to go back?

For me dry tooling is just means to an end, training for the bigger mountains. I love it, but it’s just training. I like Ueschenen, Eptingen, L’Usine… but what inspires me the most are the badass mixed walls like Breightwangflue in Kandersteg and Stanley Headwall in Canada. The real stuff! But to answer your question, my favourite drytooling crag is White Goods, in North Wales.

I’m not driven to climb peaks, I’m more interested in the routes and style. If I have to choose, I’d say Flying Circus and NIN in Kandersteg and Rocket Man and Riptide in the Rockies, Illuminati in Dolomites… but there’s many many more I can’t remember right now. Though I’d like to climb the Eiger one day. 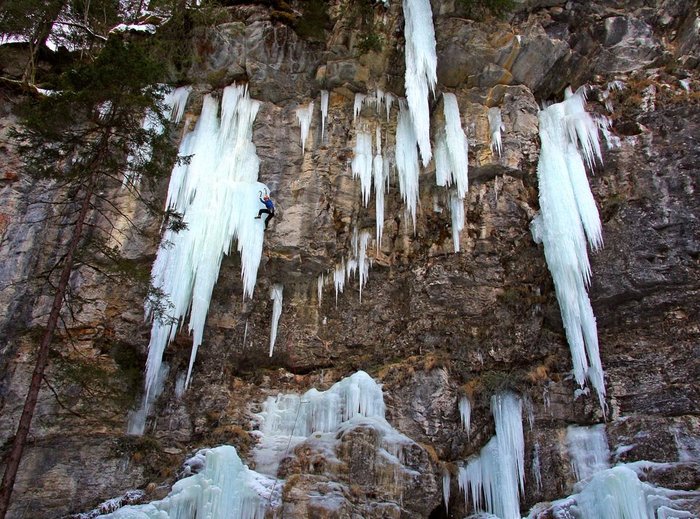 I haven’d done many first ascents, but the one that really stands out is Kraftwerk Wi6 in Kandersteg. It’s a free-standing pillar that forms very rarely and Markus Stofer let me get the first ascent.

Climbing equipment is evolving all the time, skills of climbers also grow. How do you think, where will go mixed climbing?

The future of mixed climbing in the traditionally protected lines, for sure. I think there’s a cap to how big a roof can be and how long a move a human can do. I reckon the sport mixed grade will top at around M16 maybe. But the truth is that there’s hardly any ice on routes that are harder than M11, the ground is too steep for ice to form. So I think if you like what real mixed climbing (mixing ice & rock) then you have to start looking at trad lines. Of course there’s a generation of drytoolers that have started by tooling and are not interested in real mixed, but I think they got it all wrong. It’s silly to go and do Ironman in the middle of August… you should be in Ceuse instead! 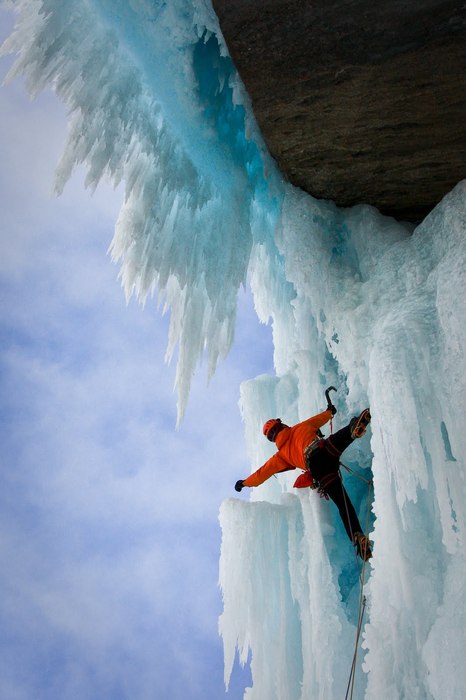 I truly think the E-Climb Cryo Pro are the best mixed/drytooling axe, many because they are a lot longer that the rest of tools in the maket. And of course the E-Clib screw because you can change the tips and have brand new screws for 17 Euros. But if you are rich, the Petzl Laser and BD Express are amazing too. For rope I think the FixeRoca are the best for you money. Comp boots I’d recommend the Scarpa Rebel Ice.

Apparently, outside climbing, there are other hobbies... What do you like doing in your free time, when not climbing? (answer "I read climbing websites" is not correct)

Is there a life outside climbing? Really? Ah, I’m pretty psyched about skiing! And I do love my job too, graphic design, but it’s not a passion anymore. I surfed for a while, but the wetsuit hasn’t got wet in more than two years.

The most difficult mountain route, which you ascent? What factors made up for the difficulties? You encourage, or reborn to repeat it?

The hardest mixed route has been Steel Koan M13+ (Cineplex, Canada) but to be honest, The Guardian of the Underworld M12 in Lake District wasn’t much easier. They are both massive roof with loads of long and hard moves. As for multipitch, Cryophobia M8 and Alpha Saule M6+ trad were also good accomplishments. Both are sustained and pretty exposed. For ice Mehr Power (in Wi6+ conditions) was the hardest I’ve onsighted. 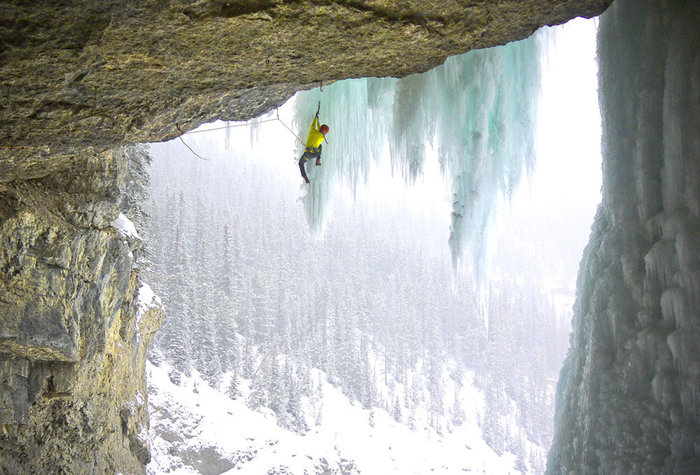 Find a mentor if you can, it’s the best way to start. Join a 3-day course in Scotland, Alps or Tatra with a good guide to teach all the basics. Then do some dry tooling or chalk climbing to get strong. You should be up and running in a season, like I did myself. Save money and buy all the kit and find similar keen people to get out and get psyched.

The axes have been firmly packed since my return from Canada. Normally I carry on doing winter and dry tooling until end of march, but this year I’m just really psyched for rock climbing. 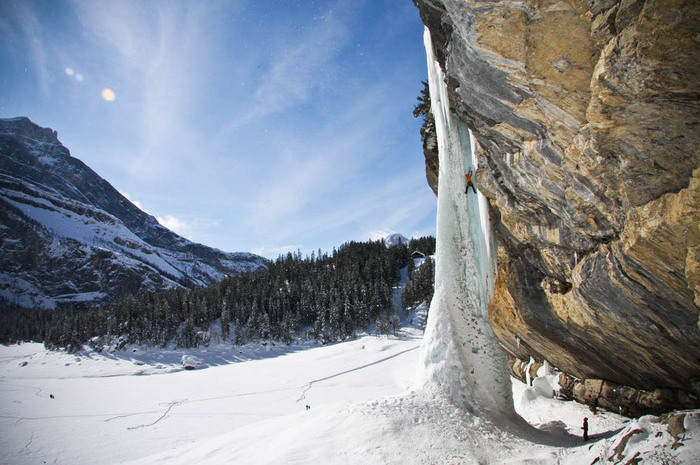 Born in Barcelona in 1977, I’ve been permanent resident in the UK for the last 10 years. I’m very active member of the British climbing community and get featured in the climbing media on a regular basis. I also organize the only Drytooling event in the UK, which is growing in popularity. My climbing blog has had 150k pageviews, mostly by British, Spanish and American audience.

Rate this item
(0 votes)
Tagged under
Tweet
More in this category: « 100 Best Mountaineering Books ever written Climbing forums in the world »