Angelika Rainer is one of the best female drytooling climbers. she won the Ice climbing World championship in 2009, 2011 and 2013 in South Corea and she also won the Worldcup ranking in 2012 and 2015. Her hardest drytooling routes are Steel Koan and Kamasutra (both D13+). She is also very good at free climbing, she climbs routes up to 8b+. She did first female ascent of Italia 61. A 250m long 8a route on Piz Ciavaces (Dolomites) 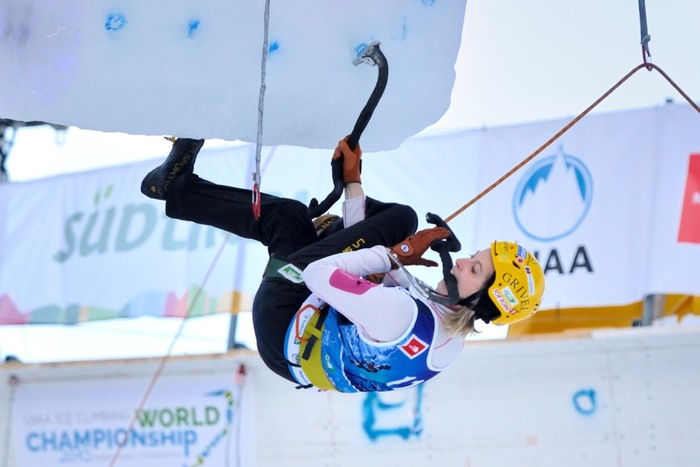 For Mixed climbing and Ice climbing competitions I use Mega Ice shoes from LaSportiva and Force carbon ice axes from Grivel. For ice climbing I use Rambo crampons and Quantum Tech ice axes

Ouray Ice Festival in Ouray, Colorado and Bozeman in Montanta are great ice climbing meetings with lot of climbing, testing gear and party :-). My preferred Ice climbing Worldcup stages are Rabenstein in Passeier near my hometown in Italy, Champagny en Vanoise in France for it’s nice ice structure and Saas Fee in Switzerland for it’s unique setting inside a parking lot.

I started climbing in the gym when I was 12 years old, then when I was 18 I dried just for fun to participate in one Dry Tooling competion and really liked the climbing with ice axes. So I decided to start with this disipline and dedicated more and more time and training to this. 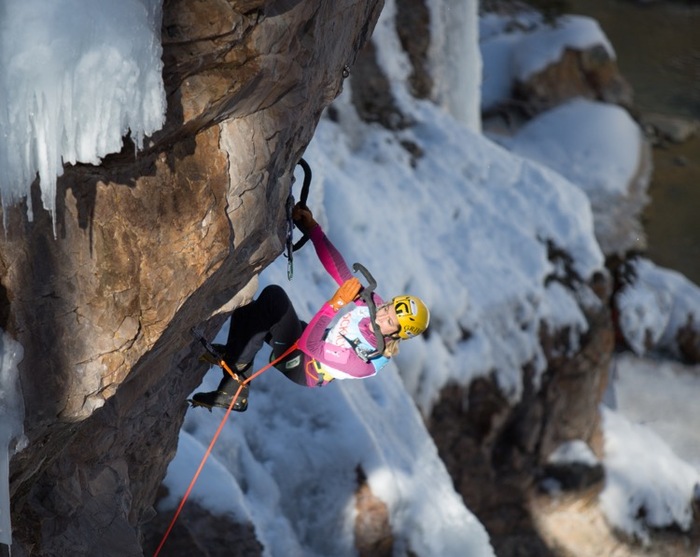 I love to change climbing discipline as seassons change. This gives the possibility to climb outside all year long, training never gets boring because after some months you will change it and you can follow very different projects and always be motivated.

What is most important to you in winter climbing? The desire for adventure, difficulties, winter climate, or perhaps fame and guys ;-)?

I really like the special technique to climb with ice aces and crampons, the feeling you get with your tools after using them for many hours and several years. Sometimes it is hard to be outside at very cold temperatures and try to climb hard but it is a way to win over yourself, over the part that is lazy and would like to stay in the warm bed and when you win against it you will feel satisfied.

My favourite Drytooling area is probably Iseo near Brescia in Italy, it has many nice and long routes and I could do a nice first ascent there and I’m really happy with that.

I also really liked Helmcken Falls in Canada, it’s a unique, fascinating and very impressive place, the only place with overhanging ice and for sure the best place I have been at. 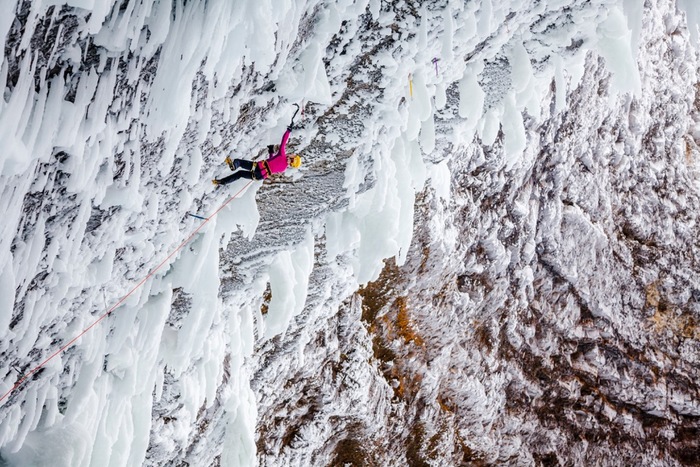 I’m not so motivated about peaks at the moment but more about routes and trying to enhance my climbing skills more and more.

The grades in Mixed climbing are evolving quite fast, the hardest Dry Tooling routes are about D14+ and I think this can grow even more in the next years as more people dedicate time to specific training with ice axes. Many people train Dry Tooling to be well prepared for the winter and as a consequence also harder mixed routes in the mountains can be climbed.

I really recommend Grivel and LaSportiva because I think they make very good gear!

Apparently, outside climbing, there are other hobbies... What do you like doing in your free time, when not climbing? (answer "I read climbing websites" is not correct ).

I go for some running, mountainbiking, roadbiking and relaxing while watching a film. 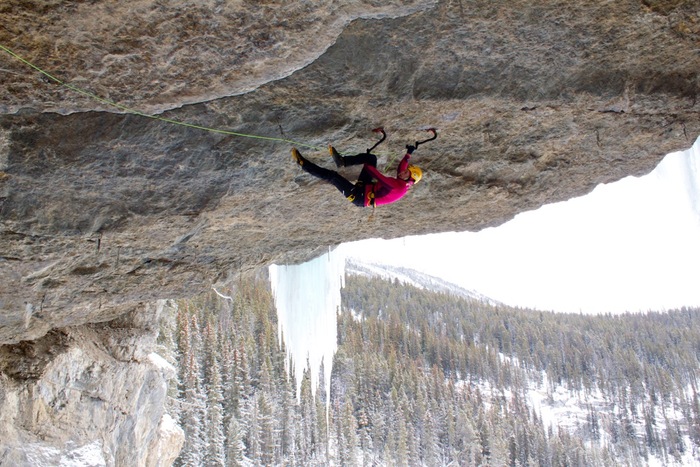 I think it is very important to learn the basic skills well, to learn about how to belay and the climbing technique, then you just need to go for climbing, indoor or outdoor, enjoy it and try to give your best, then you will be always happy with your climbing day

In summer I love to go rock climbing but when the weather is bad, sometimes I go for some fun DryTooling :-).

Rate this item
(0 votes)
Tagged under
Tweet
More in this category: « Climbing forums in the world Michi Wohlleben - Who is Who? »