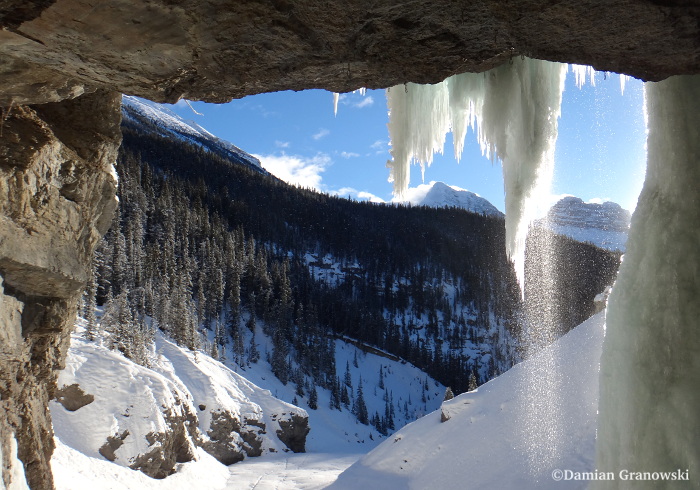 Beautiful day on Cineplex. On left of this icicle is end of Musashi M12. Photo: Damian Granowski

Cineplex is in Canadian Rockies, near of famous Highway 93 "Icefields Parkway". Its about 2 hours by car from Canmore. You park on Highway, and go by path to Panther Falls (about 5-10 minuts). There you have link to google maps. The best place to stay is Rampart Creek Hostel. 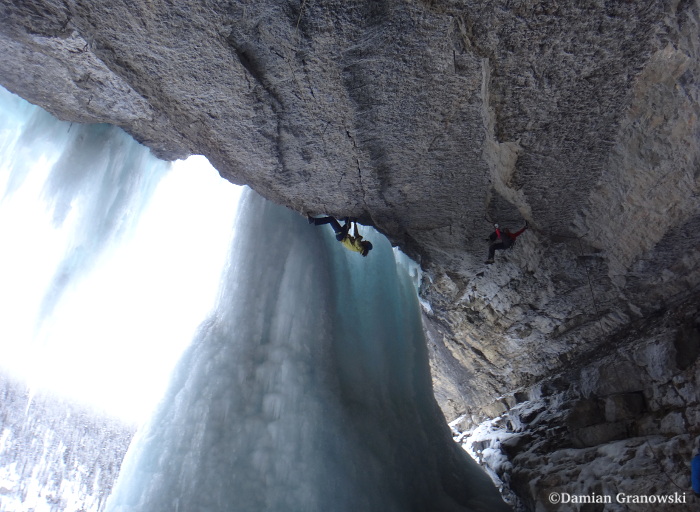 The most famous routes are: 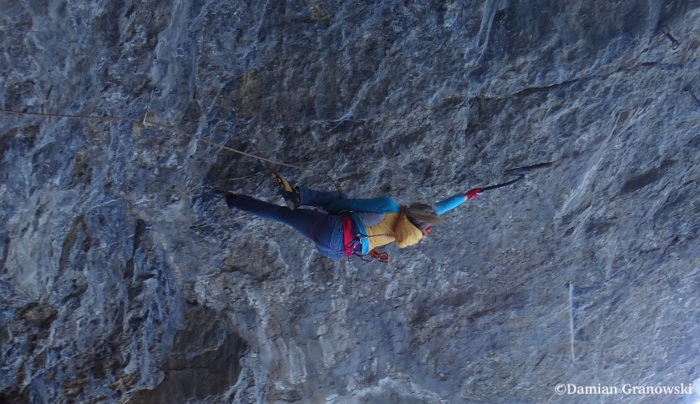 Climbing in Cineplex is very nice. On classic routes you have quickdraws, but take some ;). Also on cave is clip stick. 50 m single rope should be OK. If you want do Panther Falls WI3+, then take some ice screws. 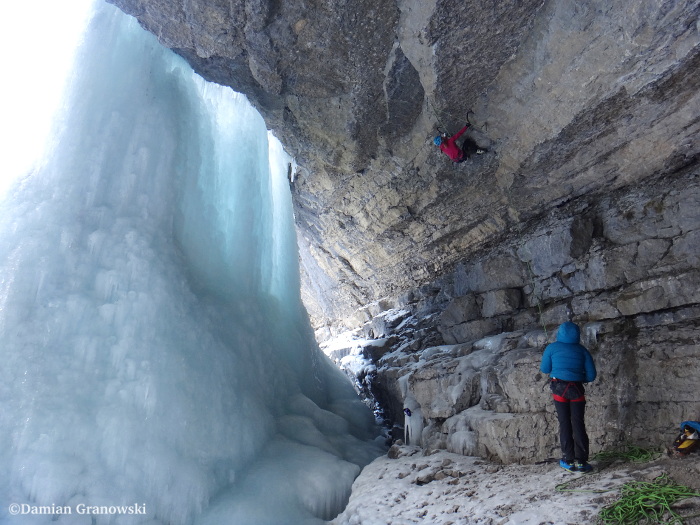 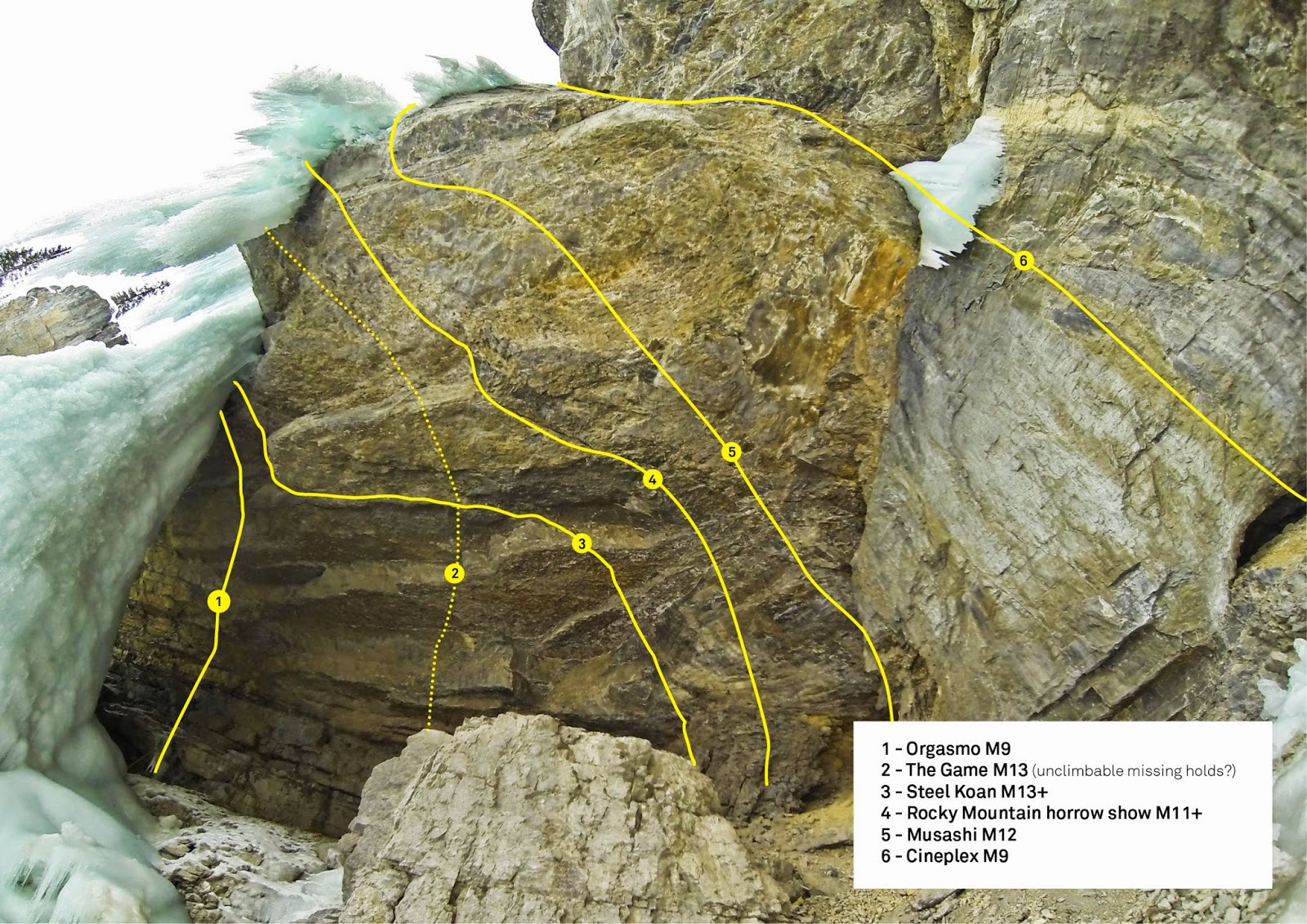 Cineplex topo in by Ramon Martin.