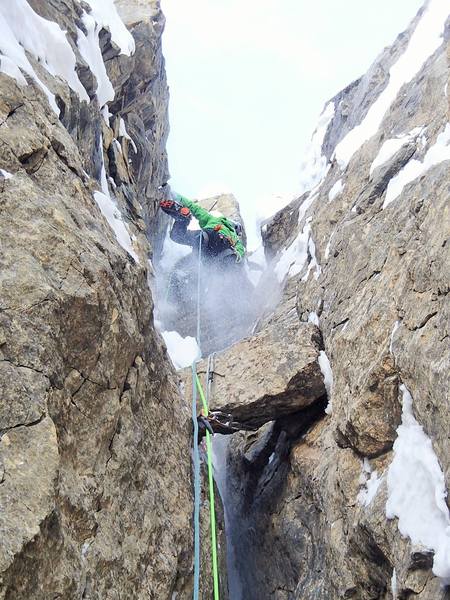 The Wild Thing was first climbed in 1987 by Peter Arbic, Barry Blanchard, and Ward Robinson, after four previous attempts by Blanchard. The first ascent took three long days and was graded 5.10 A3 WI4, with a crux rock corner that consumed most of a day. In 2008 route has probably first free ascent by team Jon Simms - Jon Walsh. 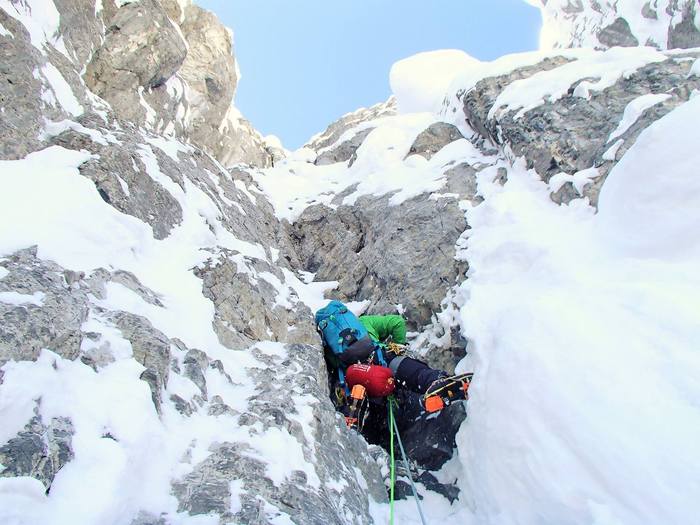 Rate this item
(0 votes)
Tagged under
Tweet
More in this category: « Piolets d'Or Awards and Celebrations Are you ready to tackle Everest? »